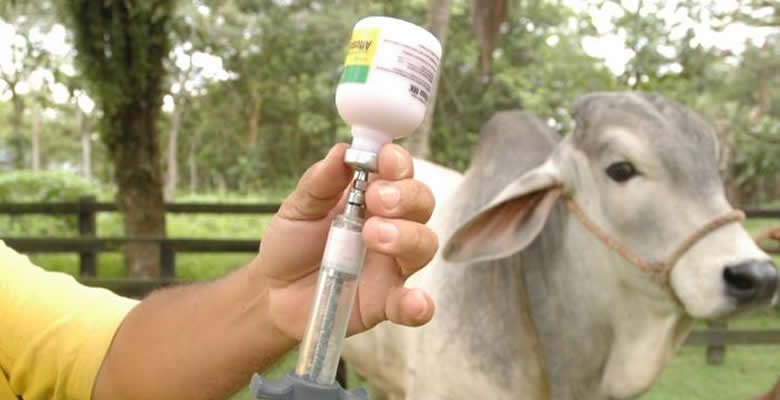 Sixteen months ago, in September 2018, the World Organization for Animal Health (OIE) removed the status of FMD free country with vaccination due to an outbreak of this disease found in Sogamoso, Boyacá.

The impact this has on the sector is high because it restricts the possibility of international trade in animals, genetics, meat and milk, according to Fedegán, the farmers' union.

However, despite this, Colombian beef and cattle exports behaved positively in 2019 compared to 2018.

Thus, last year 21,687 tons of Colombian meat were shipped abroad, a figure that if compared to what was recorded in 2018, gives a variation of 17.9%.

Although these countries were the ones that bought the most tons from Colombia in 2019, it is worth mentioning that shipments to Russia fell by -43.98% compared to 2018, because this type of trade was closed in the middle of last year due to the FMD , according to experts from Fedegán.

In line with the above, it is worth mentioning that Egypt was the country that had the greatest variation in this type of purchase with a growth of 2,274%, going from acquiring 135 tons in 2018 to the aforementioned 3,205 last year.

Here the main destinations were Iraq and Lebanon, with 69,661 and 18,992 heads respectively.

Related to the above, it should be mentioned that Jordan and Egypt, according to ICA figures, bought 13,044 and 9,431 units each, but in 2019 there were no acquisitions of these.

However, when reviewing these data by value, a decrease of -2% is recorded, since last year US $ 72.5 million was received for this, while in 2018 the figure was US $ 74 million.

On the other hand, experts from Fedegán indicated that although the foreign trade data of the sector show positive variations, the figures that the country recorded when it had the status of FMD due to vaccination in previous years should be reviewed.

In this context, an example was given, and that is 2008, the year in which Colombia managed to export 130,000 tons of meat with an approximate amount of US $ 725 million. At this point, in addition, it was highlighted that the Venezuelan market was active, which took a large percentage of such purchases, according to Fedegán.